I am finally adding some of the projects we have been working on to the blog. Second graders spent a few weeks working on sea turtle life cycles. We started off with a graphic organizer and gathered info about the parts of the life cycle from One Tiny Turtle by Nicola Davies. We talked about the eggs, hatchlings, juveniles, adults, and then laying eggs. Once students had the information, we needed a way to put it together and I wanted to do something a little craftier than I have tried in the library in the past.

I saw this idea on Pinterest and thought it would work out well. I made a few tweaks but mostly it was pretty similar. I made patterns for each table from manilla folders for the kids to trace and cut out the shapes. They colored the shells and wrote about each stage inside the shells and then glued them to a paper circle.

Showing what parts they need

Writing the information in the shells

They really enjoyed it but it was definitely a different type of classroom management to think about. I started with one pattern of each shape for each table thinking they would be able to share them but it worked much better to have at least a pattern for the shells for each student. I had them trace everything and color the shells before they cut them out. Then they wrote their information and glued them together. It took an extra class or two than I thought it would for most of the classes, but they really liked it so I think I will do it again, but maybe try to find more ways to streamline it. 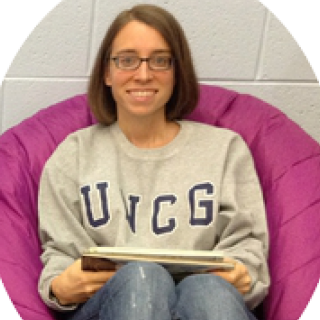